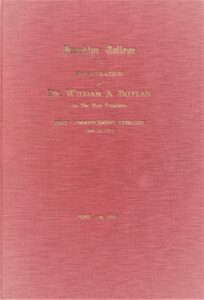 1932 Commencement booklet. Click on the image to read all the speeches including Boylan’s inaugural address (Brooklyn College Archives).

President Boylan aptly described the class of 1932:  “Theirs was not a cloistered life, a sheltered academic existence. They pondered questions and problems which gained relevance and reality from the atmosphere of the busy community around them. Even as they were preparing to take their appointed place in the workaday world, they rubbed elbows with it.”  1 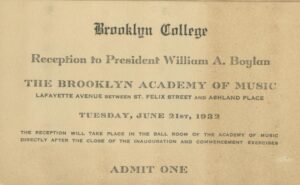 Invitation to a reception for President Boylan on June 21, 1932 (Brooklyn College Archives).

Profiles of three graduates from the class of 1932 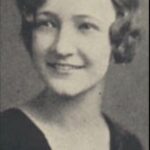 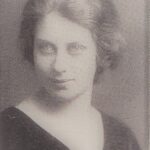 Dorothy Brandfon:  While at Brooklyn College, Dorothy served as the editor-in-chief of the Brooklyn Literary Magazine.  She was also elected the Vice President of Student Council (Women’s Division), and was a member of Iota Alpha Pi, the first national sorority for Jewish women. Dorothy’s papers are housed in the Brooklyn College Archives and include copies of the Literary Magazine and information about her years as a teacher in NYC. 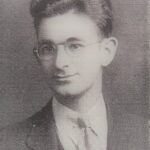 Harry G. Albaum:  A few years after graduation, Harry returned to Brooklyn College to teach biology.  During his long career he held numerous administrative positions at BC including Vice President for Program Research, and was CUNY’s Associate Dean of Graduate Studies. In 1952, Harry testified before the Senate Security Internal Subcommittee (McCarran Committee) which investigated subversive activities in the U.S.  At the hearing, Harry admitted to joining the Communist Party in 1938 and to being a member of a Communist faculty group at BC from 1938 until 1943.  You can read his full testimony on Prof. Lilia Melani’s website: http://academic.brooklyn.cuny.edu/english/melani/bc/senate_1952/albaum.html  Future blog posts on the Countdown to 2030 site will explore the Red Scare at Brooklyn College.

A Commencement mystery:  During the ceremony a portrait of President Boylan painted by Karl Anderson was unveiled. Question: Whatever happened to that portrait?  Is it lost to history or hanging in someone’s office on campus?