The decade began with classes taught in rented office space in noisy downtown Brooklyn.  By the end of the decade students, faculty, and administrators settled into a beautiful Georgian-style campus in the heart of the borough, with a new President taking the helm.  Brooklyn College’s first decade formed the character of the college and laid the foundation for future growth, challenges, and conflicts, as well as a tradition of academic excellence. 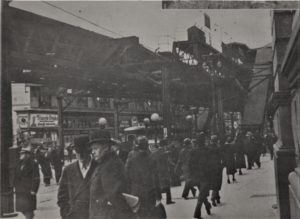 The Fight for a Public College in Brooklyn

The City and Hunter Branches

Early Yearbooks as a Lens into Student Life

The Search for a Campus

The school colors: a philosophical decision or a closeout sale?

The Alma Mater and its ties to Socialism